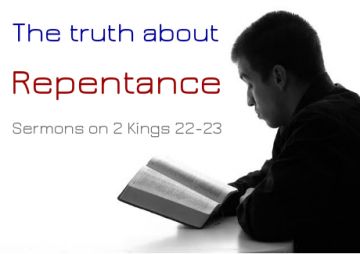 21 And the king commanded all the people, “Keep the Passover to the LORD your God, as it is written in this Book of the Covenant.” 22 For no such Passover had been kept since the days of the judges who judged Israel, or during all the days of the kings of Israel or of the kings of Judah. 23 But in the eighteenth year of King Josiah this Passover was kept to the LORD in Jerusalem.

24 Moreover, Josiah put away the mediums and the necromancers and the household gods and the idols and all the abominations that were seen in the land of Judah and in Jerusalem, that he might establish the words of the law that were written in the book that Hilkiah the priest found in the house of the LORD. 25 Before him there was no king like him, who turned to the LORD with all his heart and with all his soul and with all his might, according to all the Law of Moses, nor did any like him arise after him.

26 Still the LORD did not turn from the burning of his great wrath, by which his anger was kindled against Judah, because of all the provocations with which Manasseh had provoked him. 27 And the LORD said, “I will remove Judah also out of my sight, as I have removed Israel, and I will cast off this city that I have chosen, Jerusalem, and the house of which I said, My name shall be there.”

28 Now the rest of the acts of Josiah and all that he did, are they not written in the Book of the Chronicles of the Kings of Judah? 29 In his days Pharaoh Neco king of Egypt went up to the king of Assyria to the river Euphrates. King Josiah went to meet him, and Pharaoh Neco killed him at Megiddo, as soon as he saw him. 30 And his servants carried him dead in a chariot from Megiddo and brought him to Jerusalem and buried him in his own tomb. And the people of the land took Jehoahaz the son of Josiah, and anointed him, and made him king in his father’s place.